The Texas Legislature began a third Special Legislative Session on September 20, 2021.  Redistricting is one of the main objectives of the call. Here’s basic primer on redistricting and why it matters.

Reapportionment
Each state’s number of representatives in Congress is based on the number of people counted in the Census. States can gain or lose seats based on 10-year Census results.

The number of state senators, representatives, and State Board of Education members does not change, but the legislature is tasked with redrawing lines to ensure elected officials serve approximately the same number of people.

Redistricting
This is the process by which district lines are redrawn. This happens at all levels of government.

There are a few basic requirements for redistricting.

The state legislature draws district lines for US Congress, the Texas House and Senate, and the State Board of Education.

Gerrymandering
This is when those who do the redistricting draw the lines to benefit their party. Gerrymandering is when politicians pick their voters by drawing lines to keep themselves in power.

There are two main ways to gerrymander –packing and cracking.

Why does redistricting matter?
The results of redistricting will affect the makeup of the Texas Legislature (and other levels of government) for the next 10 years.

The outcome of redistricting will ultimately drive which candidates are elected to office and who makes decisions about important issues – like education – for years to come. The more gerrymandered a district, the more certain political parties can be about which parties will win districts. In these “safe” seats, elected officials may have less incentive to be responsive to their communities.

Traditionally, parties have used redistricting as an opportunity to shore up vulnerable members and solidify their majorities. The current Republican dominated legislature in Texas is expected to follow this pattern.

In 2013, the U.S. Supreme Court made a decision that gutted Section 5 of the Voting Rights Act of 1965. This section had required Texas (and other states with a history of disenfranchising voters of color) to get federal preclearance when drawing maps. Some advocates are worried about how this lack of federal oversight will impact communities of color in this new set of maps.

Many individuals and groups will testify at hearings to get their concerns on the record even if their concerns are not ultimately heeded. Those public records can be used in future litigation about maps.

How to get involved?
There are opportunities to testify about your community at public hearings.

Tell those tasked with setting districts about how you or your community have been impacted by legislation – economically, socially, culturally, ethnically, or racially.

Look for redistricting hearings at every level.

State: The House and Senate have begun redistricting hearings. The Texas Legislative Council has created a website all about how this process works and with links to upcoming hearings.

County: Check with your county commissioner’s office to learn how they plan to do redistricting and get involved!

City: Find out how your city plans to draw new maps.

School Board: Engage at the school board level as they redraw district maps.

Additional Resources
The Texas Civil Rights Project has put together this website all about redistricting. It is a great learning tool.

Texas Tribune TribCast podcast (9/15/21) is very informative about the redistricting process and how they see the third special session unfolding. 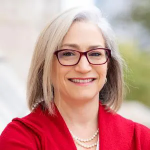 Laura Subrin Yeager launched Texas Educators Vote in 2015, and has been directing the program ever since. Laura attended public schools from K-12 in Montgomery County, Maryland, earned an undergraduate degree in Government from Cornell University, and a Masters Degree in International Affairs from the Johns Hopkins School of Advanced International Studies (SAIS). She has worked in government, the private sector, and the non-profit sector doing international trade policy, education policy, market research, and economic development.

About Texas Educators Vote
Texas Educators Vote is a non-partisan partnership-based project working to create a culture of voting in Texas public schools. We encourage and support educators in their efforts to model civic engagement for students. TEV aligns with the SBOE-written curriculum (TEKS), the Texas Constitution, and Texas laws requiring educators to register eligible students and staff to vote.

The Texas Elementary Principals and Supervisors Association (TEPSA), whose hallmark is educational leaders learning with and from each other, has served Texas PK-8 school leaders since 1917. Member owned and member governed, TEPSA has more than 5,900 members who direct the activities of 3 million PK-8 school children. TEPSA is an affiliate of the National Association of Elementary School Principals.

Sign up to receive the latest news on Texas PK-8 school leadership.